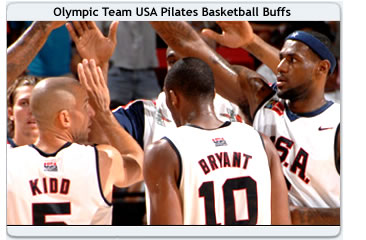 When asked what does it mean? James replied: “It’s a Pilates move. I can never remember the names of all the moves, so I just give them my own names, such as “Jesus H” and “no way in hell.” Anyway, there’s one exercise on thereformer — I think the original name is shaving or shave to the head or something — where you make a triangle with your hands on your forehead and then extend your arms at a 45 degree angle. When my Pilates instructor first showed me, I just called it the roc to make it easier.”

“This team for the USA is one of the best USA teams,” Argentina coach Sergio Hernandez said. I like this USA team.” “They play so hard.

They have great players like LeBron James, Kobe Bryant and Jason Kidd, but they play together so well and they play great defense. It is a pleasure to play against them. 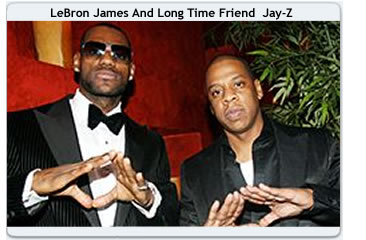 “Bryant is in the best shape of his life. He’s dropped eighteen pounds, has totally revised his diet, and is traveling with his own personal Pilates instructor. “I wore out his ass,” Kobe bragged.  Long time Pilates Buff Jason Kidd Named was just named USA Basketball’s 2007 Male Athlete of the Year.

“You don’t like to single guys out, but LeBron’s performance in the finals was one of the best ones in an international game that a U.S. player has had,” U.S. coach Mike Krzyzewski said. “He was big-time today.”

Engage your core like never before incorporate Pilates into your workout today.